Today, beautiful freshwater pearls are available in a multitude of colours and sizes. They have become a mainstay in the fine jewellery market. Continuous improvements in quality have allowed them to almost rival their saltwater counterparts.

Tahitian Pearls Oyster
Tahitian pearls are cultured in the Black-lipped oyster. The oyster's scientific name is Pinctada margaritifera cumingi. The Black-Lipped oysters' natural oyster population is severely depleted so, they are protected from harvesting. As a result, to create a population of oysters for pearl farming, the oyster spat are collected in the oceans. Spat is the juvenile stage of development after larvae. Spat collection starts in December and the collector mesh is retrieved between six to nine months later. At this time, the spat is between one to two inches in diameter. The spat are then carefully tended to and raised until they are about two and a half to three years old. Their size has about tripled during this time. 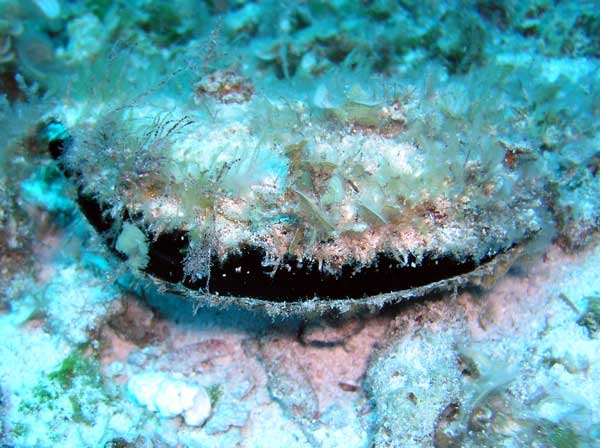 
Tahitian Pearls Growth
Over 50% of the oysters do not take well to the implantation. As a result, the farmer has about 20% of his original oysters raised from spat as pearl producers. The oysters are protected from environmental factors and predation in a closed or protected lagoon. There the oysters are carefully tended to for the next 22 to 26 months. They deposit three to four layers of 0.5 to 1 micron each every day. A micron is 1/1000th of one millimeter.

Harvesting Tahitian Pearls
Tahitian pearls are harvested between the months of May and November. Each pearl is carefully harvested by a nucleator. If the pearl is of good quality, the nucleator often places a larger bead and the growth cycle begins anew. A single oyster might produce four pearls in this fashion with each succeeding pearl larger than the previous. However, the quality may be decreased with each pearl. An oyster that has produced well is then returned to the wild to become breeding stock for future generations. Only about five percent of the harvest is round. The remaining are off round, baroque or other shapes. In addition , about 40% will be of gem quality. Lastly, only one to two percent of any given harvest will be both round and of gem quality.

Pearls Nucleation
Skilled technicians clean and sort the oysters prior to nucleation. They also must check to make sure that the oyster is not about to spawn. To ensure future populations, an oyster about to spawn is immediately returned to the water. Prior to nucleation, the nucleator must choose a donor oyster for mantle tissue. The shell colour of that donor oyster can effect the resulting pearl. The mature oyster is nucleated. A small incision is made into the oyster's gonad and the piece of donor tissues is inserted along with a specially made bead. The oyster is returned to the water and it takes about a month for the incision to heal. Nucleation beads range in size from 6mm to 10mm.

Processing Tahitian Pearls
After the pearls emerge from the oysters, they are simply washed, dried and lightly buffed. No other processing is permitted. In addition, pearls must have an average of 0.80mm of nacre.