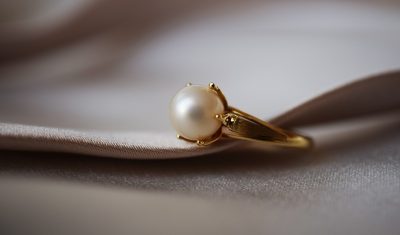 Pearls have been worn as jewelry for thousands of years. They’re gorgeous, but also fascinating, and even a tad mysterious. Their price can range from a few mere dollars, to millions. Do you find cultured pearls fascinating and are curious to learn more about them? Maybe to find out who the first man was to produce cultured pearls? What is the world’s oldest documented pearl? What is the most famous pearl out there? Or maybe you’d like to know how many types of cultured pearls exist? To find the answers to these questions, read on, because here are 14 facts about pearls that will make you fall even deeper in love with them!

Let’s enter into the fascinating world of cultured pearls: elegant, glamorous, ideal to wear on various occasions. Interested to know how they have conquered hearts and souls?  Apart from being  formed by an oyster, composed of concentric layers of a crystalline substance called nacre deposited around an irritant placed in the oyster’s body by man,  a cultured pearl is so much more. Here is our top list of facts that you need to know about these enchanting gems.

Cultured pearls are created when an irritant, usually a bead made from the shell of a freshwater mussel, is inserted into the oyster. As a defense mechanism, the oyster starts coating the irritant with layers upon layers of nacre, thus creating the precious pearl. Did you know that the color of the pearl is given by the color of the interior of the oyster?

13. Most Expensive Pearl in the World

The most expensive pearl in the world isn’t attached to a Tiffany’s diamond necklace. And no, it wasn’t previously owned by Elizabeth Taylor. It was actually discovered by a Filipino fisherman around 12 years ago in a giant clam. He kept it hidden under his bend for good luck, until his house burned down. Fortunately, he and his pearl survived, and the world got to see how impressive it is. It weighs 75 pounds, has 26 inches in length, 12 inches in width, and it is valued at $100 million.

Did you know that pearls are thought to possess special powers? They are believed to bring peacefulness to the wearer, make them calmer, and promote purity, faith, and loyalty. Ever since the olden days, pearls were associated with feminine energies and helped connect women to their inner goddesses. If you want to invite balance into your life, wear cultured pearls and allow them to protect you. Black pearls bring good luck, white pearls promote wellness, and pink pearls invite happiness into your life.

There are various legends about pearls in virtually every culture. The Chinese believed that pearls were actually tears shed by dragons, mermaids, or angels. The Greek thought pearls were pearls of joy shed by goddess Aphrodite and the Egyptians claimed that they came from Isis, Mother goddess. And you’ve probably heard of the pearly gates of heaven, which are thought to be made out of… you guessed it, pearls!

Did you know that these days, some people believe that pearls can actually bring bad luck in certain situations? For example, it is believed that pearls should never be worn in a wedding ring, because they symbolize tears. Still, other myths and traditions say that pearls at the wedding are actually good luck, because they indeed symbolize tears, but the tears that replace the ones the bride will shed during her marriage. Which tradition do you agree with?

Did you know that up until recently, Japan was the larger producer of cultured pearls in the world? But in the 1980’s, China surpassed Japan. Only in the year 2010, the country produced a whopping 20 metric tons of marine cultured pearls from Akoya oysters and an impressive 1,500 tons of freshwater pearls. That’s a lot of pearls to make a lot of people happy! When it comes to the production of cultured pearls, China is followed by Australia, Japan, Tahiti, and the French Polynesia.

Have you ever seen a cosmetic product which claimed that it had pearls in it? Well, that’s quite a common practice. Pearl powder is made from pearls (usually saltwater or freshwater that are of a lower grade) that are finely milled, and used into creams, and lotions. It is thought that pearl powder can improve the skin, by giving it a certain glow. Some studies have shown that pearl powder can increase the production of collage and help the skin heal faster. Pearl powder also contains a high amount of calcium, amino acids, and over 30 trace minerals. It’s used as an anti-inflammatory and relaxant.

Pearls come in a variety of shapes, from round, semi-round, to drop, pear, oval, baroque, and circles. Obviously, the most valuable and sought-after shape is round. But this doesn’t mean that other shapes shouldn’t be considered. A nice rice pearl necklace makes a perfect gift for a young person. In the end, it’s all about personal preference, so pick and choose whatever shape pearl your heart desires!

In 1912, the American National Association of Jewelers named pearls as the official birthstone of the month of June. Along with pearls, other June birthstones include alexandrite and moonstone.  If June is your birth month, we recommend you have a pearl on you at all times. Be it in a ring, necklace, earrings, or bracelet, a small pearl will draw positive energy from the world and direct it your way.

The oldest pearls ever discovered date back to around 500 BCE and they were uncovered in 1901 in the city of Susa, Iran. The necklace was found in the sarcophagus of a Persian princess and it consists of three strands of 72 pearls each. The Susa necklace, as it has come to be known, can be found at the Museums of Louvre in Paris, in the Persian gallery. So, if you’re ever in Paris, and you’re a fan of pearls, you simply must pay the gallery a visit!

4. Cleopatra and the Expensive Meal

Now, we don’t know for sure if this really happened, most likely it’s just a myth, but the last Queen of Egypt, Cleopatra drank an expensive pearl dissolved in vinegar. She did this to win a bet with Roman politician, Marc Anthony, whom she bet that she couldn’t eat a single meal that would cost 10,000,000 sesterces (which, in today’s money, would be around $30 million). He thought the whole thing was ridiculous and impossible, so he accepted the bet. She removed one of her large pearl earrings that was thought to be the largest pearl in the world, dissolved it in vinegar and drank it, thus winning the bet.

There are four main types of cultured pearls: Akoya pearls, freshwater pearls, Tahitian pearls, and South Sea pearls. Akoya pearls were the first round pearls to be successfully cultured. They are the classically round, white, and are highly sought after. Freshwater pearls, on the other hand, are the first ever successfully cultured pearls, and are very popular, thanks to their lower price. Tahitian pearls are black and dark, they are larger than traditional black pearls and have a metallic sheen. And finally, South Sea pearls are the rarest and largest cultured pearls in the world. They’re quite expensive and simply gorgeous.

2. The World’s Most Famous Pearl

Without a doubt, the world’s most famous pearl is La Peregrina. It was found in 1513 by an African slave in the Gulf of Panama. It switched many owners, including the famous Bloody Mary (Mary I), Margaret of Austria, Mariana of Austria, and Elizabeth of France. The pearl eventually ended up with Hollywood actress and jewelry collector Elizabeth Taylor, after her husband at the time, Richard Burton bought it for her as a Valentine’s Day gift for $37,000. After the death of the actress, the pearl was auctioned off for a whopping $11 million.

1. The Inventor of the Cultured Pearl

Kokichi Mikimoto is known as the Pearl King because he created the world’s first cultured pearl. His fascination with pearls began at 13, when he used to observe pearl divers bring up the gems from the depths. After taking a loan to start the world’s first pearl oyster farm in 1988 Japan, it took him a whopping 12 years before he succeeded in creating spherical pearls that were identical to the natural ones. That happened in the year 1893. By 1935, the cultured pearl business in Japan was blooming. At the time, there were around 400 pearl farms all over country.

If you’d like to learn more about pearls, head over to our website and read up on various types of pearls, their colors, history, and value factors. It’s no doubt that pearls are fascinating, so if you feel like indulging in your fascination a bit more, we recommend you browse our Pearls Only website and gift yourself or your loved ones a beautiful cultured pearl. Trust us, nothing quite says I love you, like a pearl!